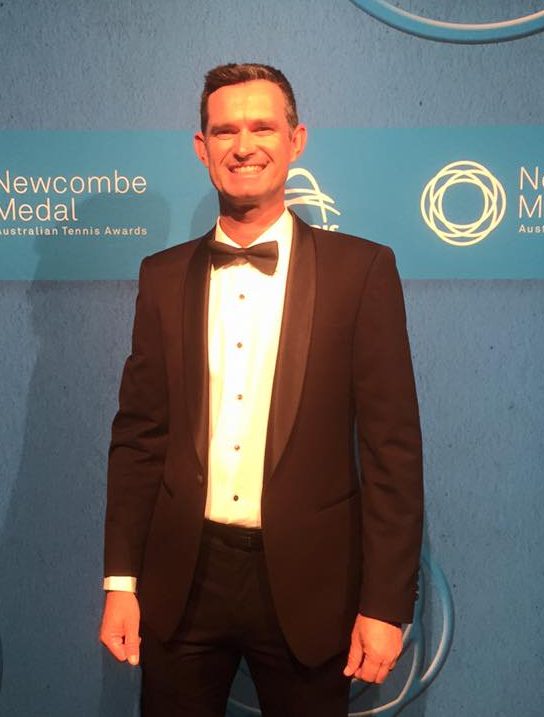 Onslow Park TC’s Head Coach Matt Bull was an awards finalist for ‘Club Coaching Excellence’ at the Newcombe/Australian Tennis Awards which was held at the Crown in Melbourne on Monday 23rd November. When Matt first joined the club in 2008 the club only had grass-courts, there was no junior or senior pennants play and membership was around 100. Since then Matt and his team have worked collaboratively with the club and it now has 4 lit hard-courts allowing all-year play, 20 summer junior and adult pennant teams and the membership is around 250, a lot of them family memberships.

The Newcombe/Australian Tennis Awards are presented by Tennis Australia and recognise players (last year’s Newcombe Medal winner was Nick Kyrgios), coaches, volunteers, officials, tournaments, clubs and schools from all over Australia who have excelled in their field. For Matt this is his third awards night since the awards were introduced in 2010, his first in the ‘Club Coach Excellence’ category. Matt has previously been a finalist for ‘Hot Shots Coaching Excellence’ in 2012 and won the award in 2010.

Onslow Park TC has had an exciting month with Matt being nominated and the club just recently winning Most Outstanding Club at the Tennis West awards night. The club is also looking forward to its 90th anniversary celebration weekend on Saturday 14th and Sunday 15th November.